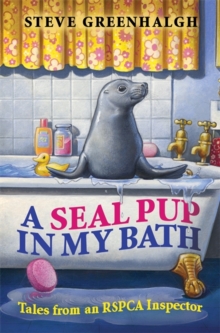 A Seal Pup in My Bath : Tales from an RSPCA Inspector Paperback / softback

Not many people can say that a mouse got them a discount on a hotel room.

Very few people have joined a police raid on a quail-fighting ring.

Hardly anyone has managed to gas himself with chloroform while driving a van . . . and survived. Having worked as an RSPCA inspector since the early 1970s, Steve Greenhalgh (it's pronounced Greenhalsh but he's come to accept that Greenhall, Greenharg and Greenhouse will do at a push) has been through all of the above as well as exposing cats that impersonate each other, splinting magpies' broken legs and wrestling swans in the high street traffic.

He has even ventured out on to a fast-flowing river in a boat with only one oar to save a cat while Rolf Harris provided a running commentary for Animal Hospital. Not all of Steve's experiences as an inspector have been a bundle of laughs, but sharing some of his adventures from the past four decades helps us to see the vital work undertaken by the RSPCA and the huge impact that they have on the lives of ordinary people. Just don't ask him to deal with an angry four-foot snake in a flimsy budgie cage ever again . . 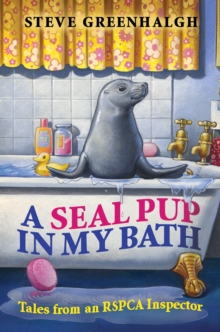 A Seal Pup in My Bath