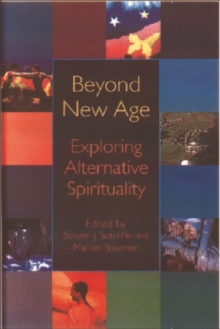 This book offers the first serious exploration of the many different aspects of alternative spirituality. While there is much talk of 'spirituality' now, no other collection has specifically addressed its many 'alternative' -non-ecclesiastical in the broadest sense - manifestations. The authors aim to open up a relatively unexplored and often quite hidden dimension of religion in the modern world through non-confessional, critical study. They establish both the vibrancy of contemporary experiments in alternative spirituality, as well as its historical pedigree. The broad range of subject matter includes magical ritual, independent seekers and gurus, the Theosophical movement, C.

G. Jung, turn-of-the-century artistic and spiritual colonies, Iona and Glastonbury, alternative healing, and the influence of secular and humanistic thought. Readers of this fascinating book will gain an overall sense of the sociological, anthropological, historical and ethnographical perspectives on the study of religion and the many alternative forms of spirituality. Key features *International names contributing to this subject area *Increasingly important subject in courses in Religious Studies and Sociology *Wide range of voices in contributions