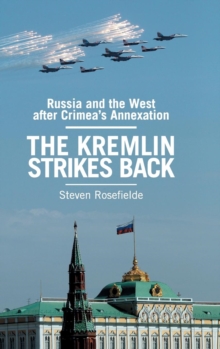 The Kremlin Strikes Back : Russia and the West After Crimea's Annexation Hardback

America and Europe responded to Russia's annexation of Crimea on March 18, 2014 by discarding their policy of East-West partnership and reverting intermittently to a policy of cold war.

The West believes that this on-again/off-again second Cold War will end with Russia's capitulation because it is not a sufficiently great power, while the Kremlin's view is just the opposite; Vladimir Putin believes that if Moscow has strategic patience, Russia can recover some of the geostrategic losses that it incurred when the Soviet Union collapsed.

The Kremlin Strikes Back scrutinizes the economic prospects of both sides, including factors like military industrial prowess, warfighting capabilities, and national resolve, addressing particularly hot-button issues such as increasing military spending, decreasing domestic spending, and other policies.