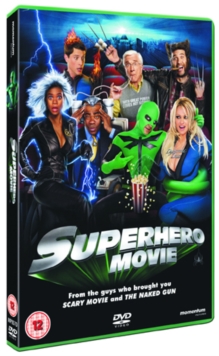 Spoof comedy from the makers of 'Airplane' and 'Naked Gun'.

When high school loser Rick Riker (Drake Bell) is bitten by a genetically-modified dragonfly, he develops a number of superhuman powers.

Rick decides to use his new abilities to fight crime and assumes the identity of 'The Dragonfly'.

When the villainous Lou Landers (Christopher McDonald) becomes caught in the middle of an experiment that goes horribly wrong, he develops the ability to steal a person's life force and becomes the supervillain, 'The Hourglass'.

Now, The Dragonfly must realise his destiny by stopping the sands of The Hourglass and saving the world.