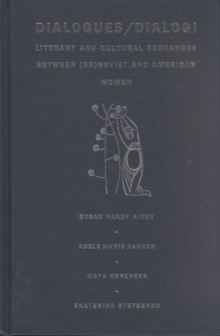 Co-authored by Russian, Ukrainian, and American critics, Dialogues/Dialogi is the first fully collaborative and comparative study of American and (ex)Soviet women writers. Truly a dialogue, the book juxtaposes fiction by American and Soviet women from the 1960s to the present to reveal their similarities and differences and to show how questions of gender, race, and ethnicity are enacted in the societies and psyches each text represents. Begun in the early days of glasnost and completed in 1992, the book conveys the spirit and excitement of an unprecedented critical conversation conducted during a time of historic transformation. Dialogues/Dialogi pairs stories by Tillie Olsen, Toni Cade Bambara, Jayne Anne Phillips, and Leslie Marmon Silko (reprinted here in full) with Russian stories by I.

Grekova, Liudmila Petrushevskaya, Elena Makarova, and Anna Nerkagi, many of them appearing here for the first time in English. Exquisite in their stylistic and thematic variety, suggestive of the range of women's experience and fiction in both countries, each story is the subject of paired interpretive essays by an American and an (ex)Soviet critic from among the book's authors.

A colloquy of diverse voices speaking together in multiple, mutually illuminating exchanges, Dialogues/Dialogi testifies to the possibility of evolving relationships among women across borders once considered impassable. 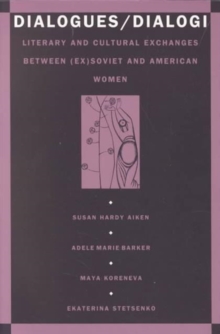 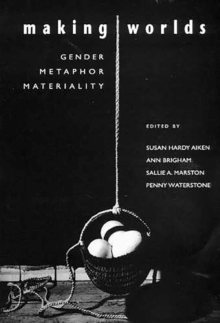