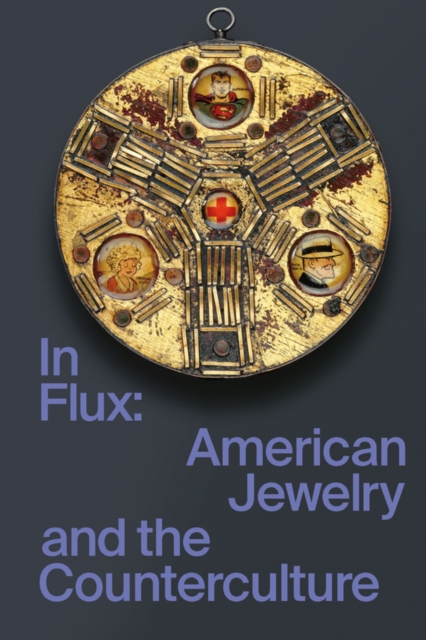 In Flux : American Jewelry and the Counterculture Hardback

In the 1960s and 1970s, a generation of young Americans rejected the promise of prosperity and the suburban dream embraced by their parents.

Furious about the war in Vietnam, fighting for civil rights at home, and eagerly exploring the effects of psychedelic drugs, the delights of free love, and the mystical teachings of eastern religions, thousands followed the advice to "turn on, tune in, drop out," bringing about a counterculture in the process.

For many American jewellers, these events and values found their way into the studio, as well as affecting how they lived, worked, and loved.

Jewellers, like other studio craftspeople, rode the wave of popularity for the hand-made and authentic that was at the heart of the counterculture. In Flux is the story of how their jewellery contributed to the raucous, contradictory, and enthusiastic clamour for a new kind of society that made the 1960s and 1970s so extraordinary.