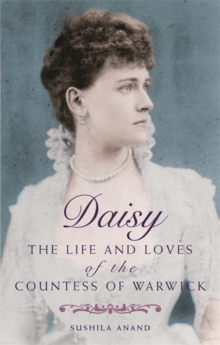 Daisy : The life and loves of the Countess of Warwick Paperback / softback

Daisy Warwick was an heiress in her own right and a renowned beauty when she married Lord Brooke, heir to the Earl of Warwick, in 1880 at the age of 18.

But she soon embarked on a passionate affair with Lord Charles Beresford who subsequently brought her close to the Prince of Wales, with whom she had a very public liaison for eight years, and remained a lifelong friend.At the height of her wealth and fame, she suddenly converted to socialism and later even stood against Anthony Eden at the General Election of 1924.Sushilla Anand's colourful biography does full justice to the magnetic personality and glamorous life of Daisy Warwick.