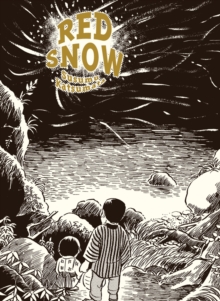 AN AWARD-WINNING BOOK FROM A LEGENDARY MANGA-KAContinuing D+Q's groundbreaking exploration of the fascinating world of Gekiga, this collection of short stories is drawn with great delicacy and told with subtle nuance by the legendary Japanese artist Susumu Katsumata.

The setting is the premodern Japanese countryside of the author's youth, a slightlymagical world where ancestral traditions hold sway over a people in the full vigor of life, struggling to survive the harsh seasons and the difficult life of manual laborers and farmers.

While the world they inhabit has faded into memory and myth, the universal fundamental emotions of the human heart prevail at the center of these tender stories.

Katsumata began publishing comic strips in the legendary avantgarde magazine Garo (which also published his contemporaries Yoshihiro Tatsumi and Yoshiharu Tsuge) in 1965 while enrolled in the Faculty of Science in Tokyo.

He abandoned his studies in 1971 to become a professional comics artist, alternating the short humorous strips upon which he built his reputation with stories of a more personal nature in which he tenderly depicted the lives of peasants and farmers from his native region.