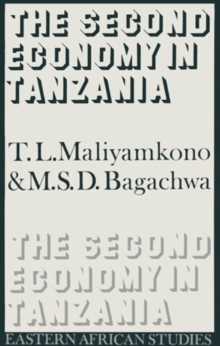 Every country has its second, underground, unofficial, irregular or parallel economy.

By their nature they are hidden and defy accurate and formal measurement.

They provoke conceptual and definitional arguments among analysts.

There has recently been a surge of interest; anecdote, newspaper reports and \u2018educated guesses' have increasingly been replaced by serious analysis.

However, most of the new generation of studies are of developed economies.

This book examines the effect on a developing economy.

It explores the causes, identifies the key sectoral manifestations and reveals the various groups of actors.

It attempts to establish the size of the second economy of Tanzania.

This pioneering study will be invaluable for policy makers, international funding bodies and for students who are faced with trying to understand the realities of life behind the formal facade of economic theory and official statistics.