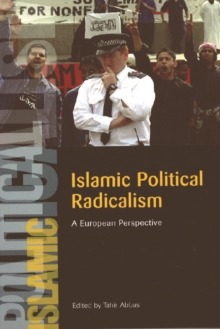 Islamic political radicalism in Europe has seen dramatic growth in recent times. This book offers a sociological, anthropological, psychological and political science analysis of the causes and consequences of this phenomenon.

Authors explore the motivations behind such radicalism, focusing on an array of different factors.

These include economic and social alienation, political and cultural marginalisation, gender and masculinity, and psychological issues, both at an individual and community level.

Other issues discussed are the state responses, national and international, to the 'War on Terror' which came about after the attacks on America in September 2001; and the role of Islamic political organisations and their impact on changing ethno-religious identities. This is considered particularly in relation to concept of the Ummah and its influence on the position of Islam and Muslims in places such as Iraq, Afghanistan, and Palestine, as well as Bosnia, Chechnya, and Kashmir.

The authors provide an analysis of events and experiences in different European nation states, with a detailed focus on Britain. This book is particularly relevant in the current climate as an attempt to understand the factors that shape Islamic political radicalism in Europe.

Key Features: *Written for academics as well as activists and practitioners *Explores major new and emerging issues, particularly in the aftermath of the July 2005 London bombings