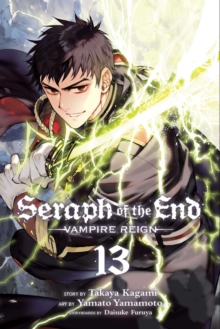 Yuichiro wants just one thing-to get revenge by killing each and every vampire. Ferid successfully coerces Shinoa Squad and Mika into joining him and Crowley on a field trip to Osaka.

According to Ferid, the purpose of the trip is to see the truth behind the Calamity that ended the world-ground zero of the apocalypse.

But not all is as it seems, as vampire nobles from across the world are also converging on Osaka. * The manga behind 2015's hit anime about a teenager who borrows demonic powers to reclaim the world from vampires. * Releases 3 times a year for 13+ volumes. Series is ongoing. * Serialization in Weekly Shonen Jump digital magazine alongside Boruto and One Piece. * A consistent Bookscan Top 50 and New York Times Bestseller (January 2017). * Includes lush color poster. 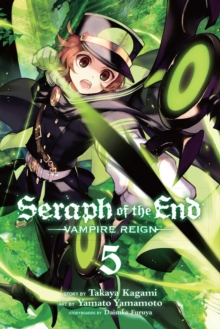