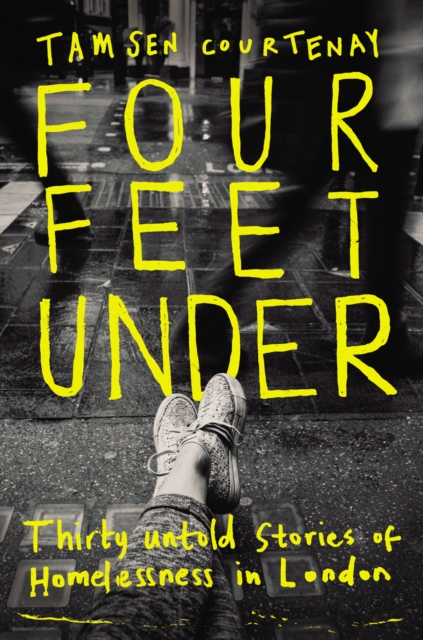 `Touching, insightful and human - this book demands a social and, above all, a political response' Jon SnowTamsen Courtenay spent two months speaking to people who live on London's streets, the homeless and the destitute - people who feel they are invisible.

With a camera and a cheap audio recorder, she listened as they chronicled their extraordinary lives, now being lived four feet below most Londoners, and she set about documenting their stories, which are transcribed in this book along with intimate photographic portraits. A builder, a soldier, a transgender woman, a child and an elderly couple are among those who describe the events that brought them to the lives they lead now.

They speak of childhoods, careers and relationships; their strengths and weaknesses, dreams and regrets; all with humour and a startling honesty. Tamsen's observations and remarkable experiences are threaded throughout.

The astonishing people she met changed her for ever, as they became her heroes, people she grew to respect.

You don't have to go far to find these homegrown exiles: they're at the bottom of your road.

Have you ever wondered how they got there?