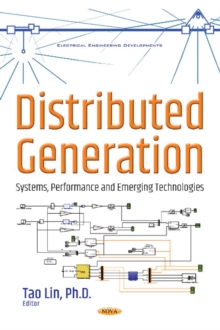 This book systematically discusses (a) Distributed Generation (DG), which operates in a single, stand-alone controllable system mode, and (b) the Microgrid (MG) powered by DG, along with the technical concepts, the impact on power systems, control and optimisation techniques, and their applications.

These are all investigated in Chapters Six, Seven, Eight and Nine, respectively; 5) The applications of renewable energy technology, such as efficient artisanal light fishing technologies that exploit lake light physics and light-fish interactions, are specifically presented in Chapter Ten.