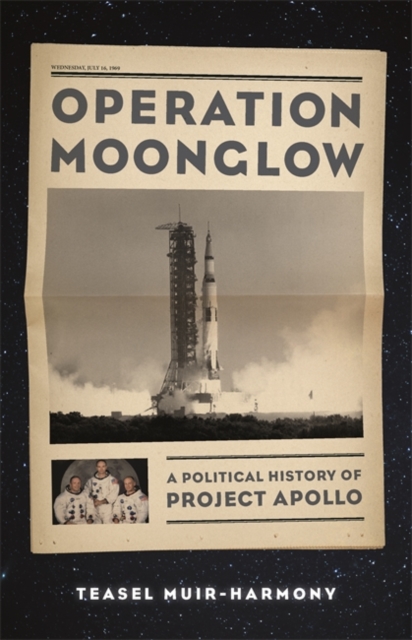 On July 20th, 1969, over half of the world's population tuned in to witness the first lunar landing, waiting with bated breath as Neil Armstrong ventured outside the cabin door of Apollo 11 and declared "that's one small step for [a] man, one giant leap for mankind." As the most expensive civilian scientific and technological program in American history, Project Apollo symbolised the unmatched prestige of American space exploration.

Yet despite appearances, the project was never just about winning the Space Race, advancing scientific progress, or even conquering the final frontier.

Instead, the ambitions of Project Apollo would ultimately reveal that the American government was more interested in establishing its superiority much closer to home. In Operation Moonglow, Smithsonian curator Teasel Muir-Harmony explores how and why the moon landing became one of the most decisive geopolitical events of the 20th century.

In the wake of the Soviet Union's pioneering launch of Sputnik in 1957 and a humiliating defeat at the Bay of Pigs four years later, President John F.

Kennedy approached a budget-wary Congress with Project Apollo, an unconventional proposal that had the potential to restore America's tarnished geopolitical standing.

With Cold War tensions between the Soviet Union and the United States approaching an all-time high, Kennedy argued that ramping up the space program would inspire global confidence in American excellence -- and might even persuade people in developing countries to pick American "freedom" over Soviet "tyranny." Following the successful return of Apollo 11, its illustrious crew embarked on a diplomatic tour around the world, celebrating the mission as an accomplishment for all of humanity.

Meanwhile, the accompanying American officials used the trip as an opportunity to conduct secret meetings with influential heads of state, leveraging the space program's global popularity to advance American values and interests. More than just a history of spaceships, astronauts, and moon rocks, Operation Moonglow is a history of geopolitical manoeuvring, of propaganda and public diplomacy, and -- above all -- of the intricate relationship between scientific innovation and national identity.

Featuring first-hand accounts by Apollo astronauts, original interviews with USIA and NASA staff, and never-before-seen archival materials, Operation Moonglow is the definitive account of the Apollo mission -- and a fascinating look at how the Space Race shaped the contours of globalisation and global interdependence.