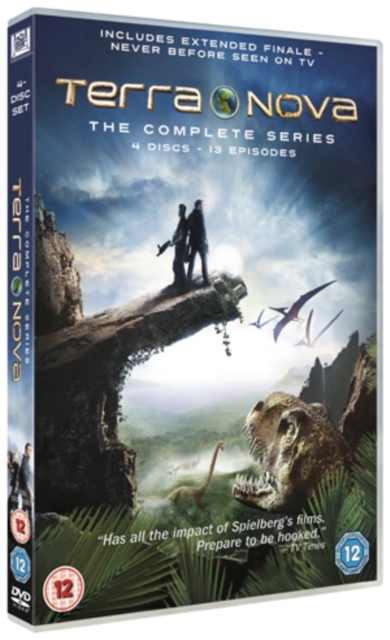 All thirteen episodes of the American sci-fi series following a group of pioneer settlers living in a prehistoric past.

In the futureworld of 2149, the human race faces extinction.

But those lucky enough are offered the chance to travel back in time 85 million years to be the vanguards in an experiment to populate a prehistoric outpost known as 'Terra Nova'.

As part of the tenth influx of settlers to arrive, the Shannon family find themselves in a beautiful, seemingly idyllic land, but are soon having to contend with ferocious, carniverous dinosaurs.