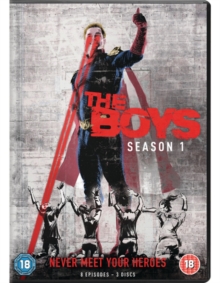 As most people go about their business as usual, a group of superheroes known as the Seven are saving lives and protecting people from harm they didn't even know was there.

Vought International is an organisation led by Billy Butcher (Urban) with the sole purpose of keeping the superheroes in line and exploiting their powers at every level.

When the two sides collide, will good or evil come out on top?

The episodes are: 'The Name of the Game', 'Cherry', 'Get Some', The Female of the Species', 'Good for the Soul', 'The Innocents', 'The Self-Preservation Society' and 'You Found Me'.