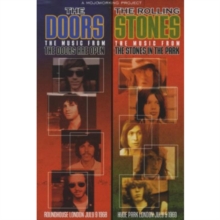 The Doors: The Doors Are Open/The Rolling Stones: The Stones... DVD

Double bill of classic live rock performances from the 1960s. 'The Doors: The Doors Are Open' sees Jim Morrison and his band performing at the Roundhouse in London in July 1968.

The concert footage is intercut with interview footage in which the band members discuss their work. 'The Rolling Stones: The Stones in the Park' captures a live performance by the Rolling Stones in London's Hyde Park in July 1969, just two days after Brian Jones's death and dedicated to his memory.