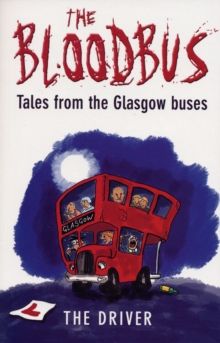 The Bloodbus : Tales from the Glasgow Night Bus Paperback / softback

He also knows that the only way to stay sane when confronted with the craziest crazies, the ones that only come out on the darkest nights, is with an equally dark sense of humour.

Driving his bus through Buckfast-fuelled turf wars like a giant lint-roller attracting all the mank and dirt the city has to offer, life isn't easy for a Glasgow night bus driver.Originally a hugely successful blog, "The Bloodbus" is an insight into a bizarre underworld of villainy and madness, telling in stories and illustrations of a Glasgow even more rowdy and riotous than the one we know during daylight hours.

The only better way to spend the fare money might be to get a taxi home the next time you're out in Glasgow after dark...