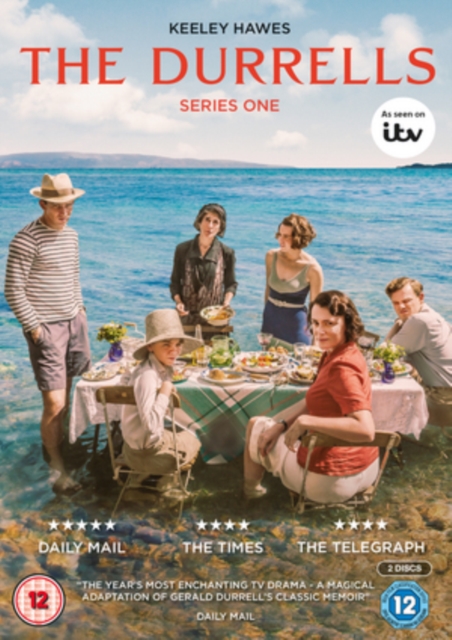 The Durrells: Series One DVD

All six episodes of the ITV drama based on the memoirs of British naturalist Gerald Durrell.

Beginning in 1935, the series follows widowed matriarch Louisa Durrell (Keeley Hawes) as she makes the life-changing decision to move with her four children from their home in Bournemouth to the Greek island of Corfu in search of a better life.

On arrival, the family's excitement quickly dissipates as they confront the realities of adapting to life on the island without their old home comforts, or even electricity.

While young Gerry (Milo Parker) uses the opportunity to indulge in his growing love of nature his older siblings, Leslie, Margo and Larry (Callum Woodhouse, Daisy Waterstone and Josh O'Connor), search for love and new friends as they attempt to start over on the island.