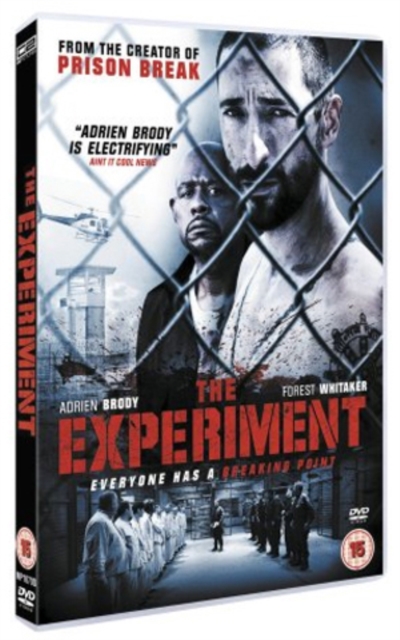 The film is based on the Standford Prison Experiment of 1971, which examined the psychological impact of prison life on both inmates and wardens.

To earn a sum of money, Travis (Brody) decides to participate in the experiment which requires 26 subjects, one of whom is Barris (Whitaker).

The men are divided into two groups and separated into the roles of prisoners and wardens.

They are warned that if violence is used, the experiment will be over, but soon a mutiny breaks out and the men on both sides must fight for their survival.