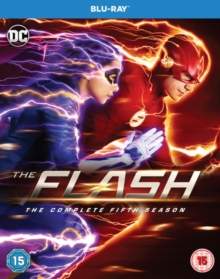 All 22 episodes from the fifth season of the action adventure following the DC Comics superhero.

In this season, Barry meets his future daughter Nora West-Allen (Jessica Parker Kennedy), who travels from the future to meet her father.