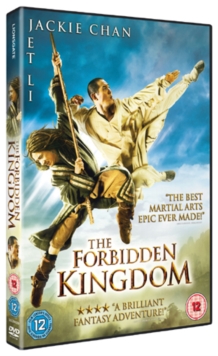 Fantasy martial-arts tale which brings together legends Jackie Chan and Jet Li for the first time.

But no sooner does he have it in his hands, than he's transported back to ancient China, joining forces with a group of warriors led by kung fu master Lu Yan (Jackie Chan), pledged to free their king from his 500 years imprisonment by the evil Jade Warlord (Collin Chou).

As the mission draws him ever-nearer to his goal of returning the staff to its master, Jason is instructed in ancient kung-fu techniques, and begins to learn about the ages-old warrior codes of loyalty, honour and trust from his companions, in readiness for the epic final battle to come.