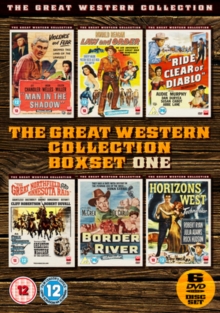 The Great Western Collection: One DVD

When his henchmen kill a young worker, Sheriff Ben Sadler (Jeff Chandler) investigates but meets resistance not only from those responsible but also from the local people who are afraid their town will suffer without Renchler's business.

In 'Law and Order' (1953), after his attempts to bring peace to Tombstone prove futile due the townspeople's disregard for the justice system, Marshal Frame Johnson (Ronald Reagan) decides to move to Cottonwood along with his girlfriend Jeannie (Dorothy Malone) and his brothers Lute (Alex Nicol) and Jimmy (Russell Johnson).

Johnson and his brothers build a ranch where he hopes to settle down but his wish for a peaceful life is dashed when he realises that the people of Cottonwood are just as corrupt as those he left behind.

The local judge seeks his help to bring law and order to the town and though initially reluctant, Johnson finally accepts the challenge when his brothers are targeted by criminals.

In 'Ride Clear of Diablo' (1954) corrupted lawyer Tom (William Pullen) and sheriff Fred (Paul Birch) steal stock from the O'Mara ranch, killing the owner and his young son in the process.

When railroad surveyor Clay O'Mara (Audie Murphy) hears about the murder of his father and brother he returns home to seek out those responsible.

Encouraged by Tom, Fred makes Clay his deputy, and while he plans to use his new status for the benefit of his investigation, the killers instead send him after gunslinger Whitey Kinkaid (Dan Duryea), hoping he will take Clay down.

However, Clay deals with Kinkaid and sets out to capture the real culprits. 'The Great Northfield Minnesota Raid' (1972) is based on the real-life James-Younger gang of outlaws and their final bank robbery in September 1876.

After being granted immunity by the state of Missouri, Jesse James (Robert Duvall) and Cole Younger (Cliff Robertson) plan one last raid with the First National Bank of Northfield as their target.

However, the robbery does not go accordingly and the gang find themselves under fire from the local citizens.

Will the outlaws escape with their freedom and their lives?

In 'Border River' (1954), during the American Civil War, Major Clete Mattson (Joel McCrea) arrives at Mexican enclave Zona Libre, having stolen two millon dollars of Union money with which he plans to purchase firearms for the Confederacy.

The tyrannical General Eduardo Calleja (Pedro Armendariz) who runs Zona Libre offers him a safe haven for a substantial fee.

However, the general's girlfriend Carmelita (Yvonne De Carlo), who develops feelings for Mattson, warns him that Calleja can't be trusted...

While Neal is satisfied with the quiet life of running a small ranch, Dan is eager to expand the business and create an empire.

When he has a run-in with the ruthless Cord Hardin (Raymond Burr), Dan ends up breaking the law in order to fulfil his desire for power.

Meanwhile, Neal becomes a lawman and must hold Dan accountable for his crimes. 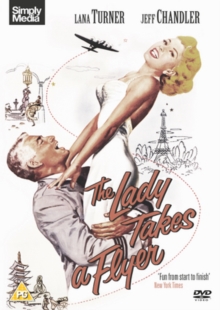 The Lady Takes a Flyer 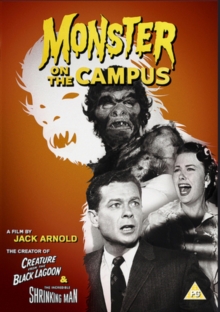 Monster On the Campus 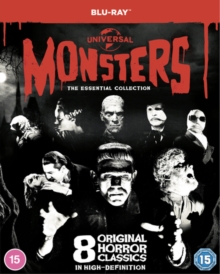 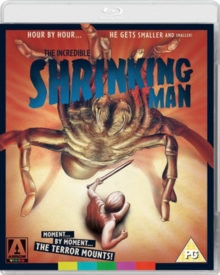