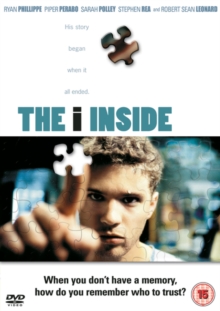 The I Inside DVD

Psychological 'memory loss' thriller starring Ryan Phillippe as Simon Cable, a man who awakens in hospital after a near-death experience and discovers that, despite amnesia about where he has been for the preceding two years, he has developed an incredible ability to travel back in time.

With the help of his wife, Anna (Piper Perabo) and psychiatrist Dr Newman (Stephen Rea), he begins to piece together the past in an attempt to change his future - and solve the mystery of his brother's murder.