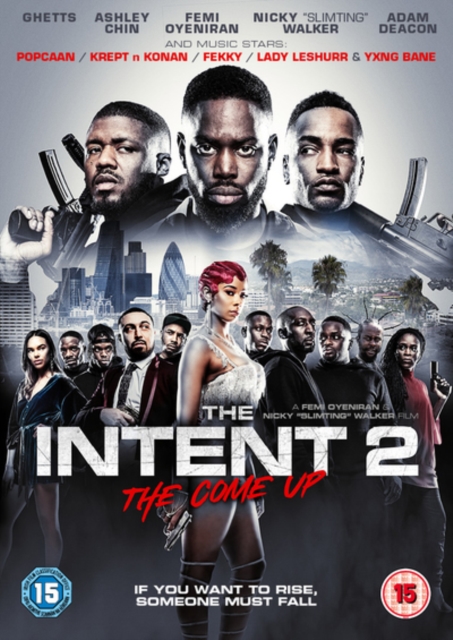 The Intent 2: The Come Up DVD

British crime thriller prequel in which a gang member becomes tired of answering to his boss's orders and begins dreaming of striking out on his own.

Before the notorious London gangs - the TIC and the Clappers - were born, the members of the groups were commanded by a Yardie boss named Valerie (Sharon Duncan-Brewster).

Jay (Ghetts), one of Valerie's crew, is getting restless with his seemingly unrelenting financial situation and his inability to make a name for himself.

Determined to build his own organisation, he begins assembling a posse, but it isn't long before Valerie hears of Jay's grand plans.

Meanwhile, Gunz (Dylan Duffus) has infiltrated Valerie's operation as he goes undercover to get in the good graces of some of London's most ruthless criminals.