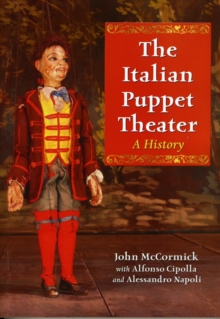 This first English - language study traces the history of Italian puppetry from its evolution in the 16th century.

The earliest shows became popular among street performers, particularly in Naples, where performances drew crowds and were lucrative.

While the 20th century saw significantly fewer puppeteers, due largely to economic decline, it was also a time for the growth of puppetry as serious creative expression.