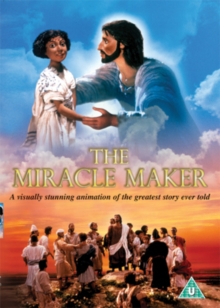 This film uses a mix of 3D model and 2D animation to tell the story of Christ through the eyes of a child.

In ancient Israel, young Tamar (voiced by Rebecca Callard) meets Jesus (Ralph Fiennes), a carpenter, whose ability to perform miracles and teachings on God draw a band of loyal followers around him.

As Jesus' popularity grows, he comes to challenge the authority of the established Judaic religious leaders, who begin to plot his downfall.

A distinguished voice cast includes Richard E. Grant as John the Baptist, plus the late Bob Peck and Daniel Massey in their final roles.