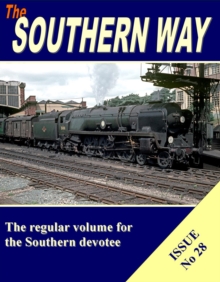 As always, the latest issue of the Southern Way series has an eclectic range of material to satisfy the interests of all Southern Railway enthusiasts.

Included are Chapel Tramway, Mike King's Southern Utility Vans Part 3 and some examples of the reports produced by the General Manager's (Sir Herbert Walker) tours of inspection in the 1930s. Historic, traction, station and rolling stock articles abound, and as always the authors of the Southern Way series try, wherever possible, to use material that has never, or rarely, been seen or reported in detail.