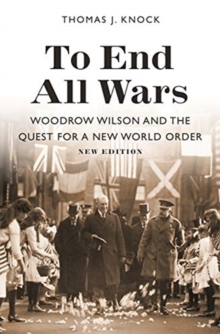 To End All Wars, New Edition : Woodrow Wilson and the Quest for a New World Order Paperback / softback

This book follows Wilson's thought and diplomacy from his policy toward revolutionary Mexico, through his dramatic call for "Peace without Victory" in World War I, to the Senate's rejection of the League of Nations.