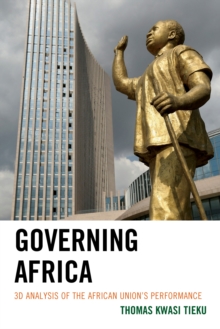 The African Union (AU) is the leading international organization on the African continent.

Established in 2001, it consists of fifty-four members, a ten-member Commission, political organs, such as the Assembly, Pan-African Parliament, and a body where civil society groups are represented.

The AU seeks the political and socio-economic integration of the African continent and has emerged as a key player in international politics. Since its creation, the AU has tackled a wide range of issues, including health epidemics (Ebola), undemocratic change of governments, gender inequality, wars, poverty and climate change.

It has also led military interventions in Burundi, Comoros, Sudan, and Somalia and adopted key legal instruments to prevent transnational terrorism, bad governance, human rights abuses, corruption and promoted economic development. Governing Africa shows how the AU has faced these challenges by providing a comprehensive and critical examination of AU's performance and role, explaining the innovative and homegrown solutions it has developed in the last decade.

Going beyond the traditional security-centric discussion of AU, it analyzes other equally important issues that the AU has dealt with, such as human rights and democracy promotion.

For those interested in global studies, the 3D model advanced in this book provides excellent theoretical model for studying IOs anywhere in the world.

The first book to deal with the AU as a multi-dimensional, dynamic political organization, Governing Africa takes stock of AU's successes and failures in its first decade. 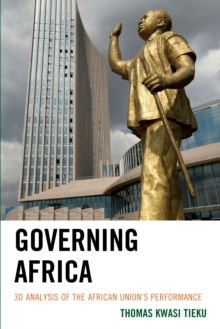 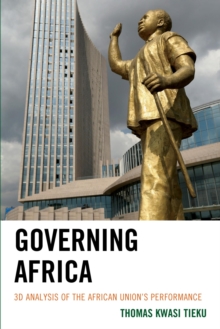