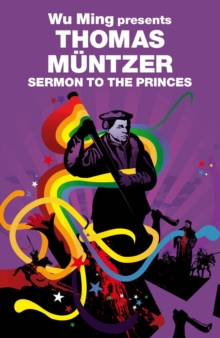 The Reformation was originally an attack on a corrupt Church, sparked by Martin Luther.

In 1524, he became one of the leaders of the Peasants' War where the struggle against the Church exploded into a revolutionary attempt to realize the Kingdom of Heaven on earth.

Wu Ming, the five Italian authors who, under the name of Luther Blissett, wrote the best selling novel "Q" about the Radical Reformation, ask why Muntzer has inspired radicals for almost 500 years.