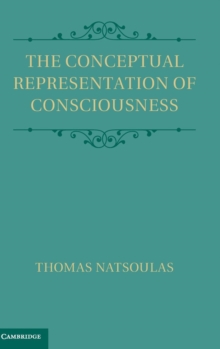 The Conceptual Representation of Consciousness Hardback

Consciousness is familiar to us first hand, yet difficult to understand.

The first is the interpersonal meaning and requires at least two people involved in relation to one another.

The second is a personal meaning, having to do with one's own perspective on the kind of person one is and the life one is leading.

The third meaning has reference simply to one being occurrently aware of something or as though of something.

The fourth narrows the preceding sense to one having direct occurrent awareness of happenings in one's own experiential stream.

The fifth is the unitive meaning of consciousness and has reference to those portions of one's stream that one self-appropriates to make up one's conscious being.

The last is the general-state meaning and picks out the general operating mode in which we most often function.