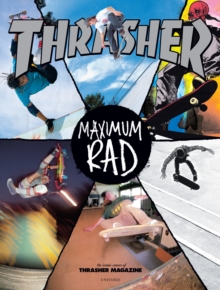 For thirty years, Thrasher has been the bible of the skateboarding world.

Collected here for the first time are thirty years' worth of outrageous, memorable, iconic, and collectible covers--front pages that caught every skater kid's eye and became the most treasured records of the history of the skate scene.

From early pioneers such as Jay Adams, Tony Alva, and Steve Caballero through the giants of the 1980s and 1990s, including Tony Hawk and Brian Anderson, to such legends of the scene today as James Hardy and Justin Figueroa, every icon of skating has graced the cover of Thrasher, captured in mid-air and mid-action by the sharpest shooters around. Organized chronologically, and including every cover published in Thrasher's first thirty years--even long out-of-print and hard-to-find collectible issues--the book at last reveals the stories behind these legendary cover-photo shoots, as told by the skaters, photographers, and editors who made these the most iconic mementos of skate culture. 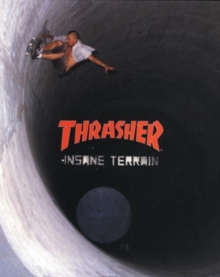