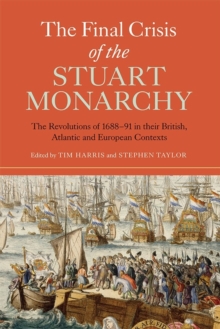 The Final Crisis of the Stuart Monarchy - The Revolutions of 1688-91 in their British, Atlantic and European Contexts Paperback / softback

There has been an explosion of interest in the 'Glorious' Revolution in recent years.

Long regarded as the lesser of Britain's seventeenth-century revolutions, a faint after tremor following the major earthquake of mid-century, it is now coming to be seen as a major transformative episode in its own right, a landmark event which marked a distinctive break in British history.

This collection sheds new light on the final crisis of the Stuart monarchy by re-examining the causes and implications of the dynastic shift of 1688-9 from a broad chronological, intellectual and geographical perspective. Comprising eleven essays by specialists in the field, it ranges from the 1660s to the mid-eighteenth century, deals with the history of ideas as well as political and religious history, and not only covers England, Scotland and Ireland but also explores the Atlantic and European contexts.

Encompassing high politics and low politics, Tory and Whig political thought, and the experiences of both Catholics and Protestants, it ranges from protest and resistance to Jacobitism and counter-revolution and even offers an evaluation of British attitudes towards slavery.

Written in a lively and engaging style and designed to be accessible to a broader audience, it combines new research with the latest scholarship to provide a fresh and invigorating introduction to the revolutionary period that transformed Britain and its empire. TIM HARRIS is Munro-Goodwin-Wilkinson Professor in European History at Brown University STEPHEN TAYLOR is Professor in the History of Early Modern England and Head of Department at Durham University. 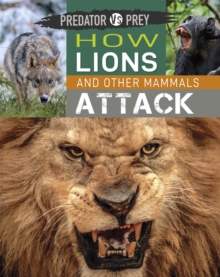 Predator vs Prey: How Lions and other... 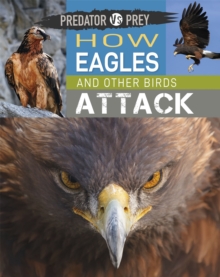 Predator vs Prey: How Eagles and other... 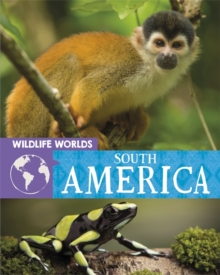 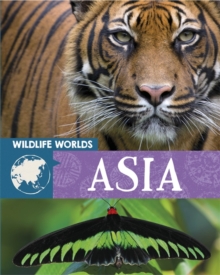