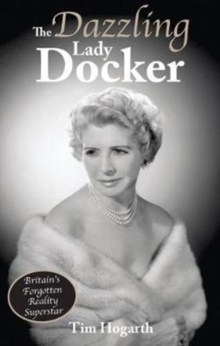 In the north of England there was a put-down for women with ideas above their station - `Who do you think you are?

The Dazzling Dockers, as they were known, were on everyone's lips.they caught the imagination of a public hungry for frivolity, reality superstars of the age and standardbearers for our own celebrity-obsessed 21st century. Yet of the two, there is no doubt whose star shone brightest.

Born over a butcher's shop in Derby, Norah Docker would enjoy a level of fame second only to a young Queen Elizabeth and Prince Philip.

Brash but fun, Sir Bernard was her third millionaire in a row.

The Dockers owned a superyacht, a castle and country estates.

It couldn't last of course, and didn't, but what waves this working class girl made en route from rags to riches and back again.

From the Bright Young Things of London's Roaring Twenties to their swinging equivalents in the 1960s, the adventures of Lady Norah Docker are a dazzling treat.