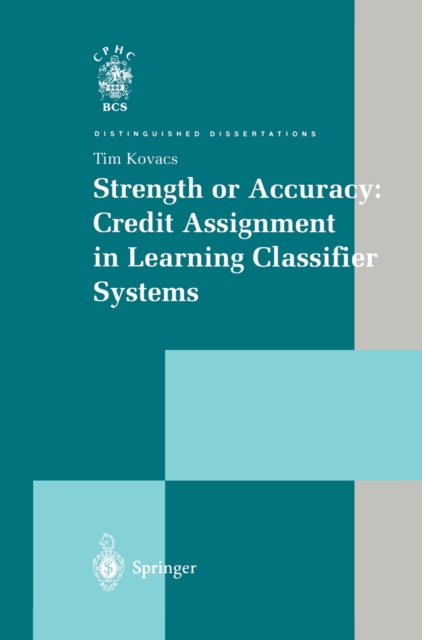 Part of the Distinguished Dissertations series

Classifier systems are an intriguing approach to a broad range of machine learning problems, based on automated generation and evaluation of condi- tion/action rules.

Inreinforcement learning tasks they simultaneously address the two major problems of learning a policy and generalising over it (and re- lated objects, such as value functions).

Despite over 20 years of research, however, classifier systems have met with mixed success, for reasons which were often unclear.

Finally, in 1995 Stewart Wilson claimed a long-awaited breakthrough with his XCS system, which differs from earlier classifier sys- tems in a number of respects, the most significant of which is the way in which it calculates the value of rules for use by the rule generation system.

Specifically, XCS (like most classifiersystems) employs a genetic algorithm for rule generation, and the way in whichit calculates rule fitness differsfrom earlier systems.

Wilson described XCS as an accuracy-based classifiersystem and earlier systems as strength-based.

The two differin that in strength-based systems the fitness of a rule is proportional to the return (reward/payoff) it receives, whereas in XCS it is a function of the accuracy with which return is predicted.

The difference is thus one of credit assignment, that is, of how a rule's contribution to the system's performance is estimated.

XCS is a Q- learning system; in fact, it is a proper generalisation of tabular Q-learning, in which rules aggregate states and actions. 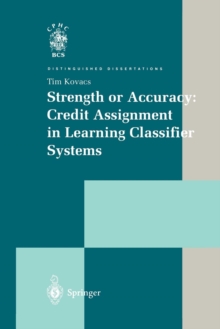 Also in the Distinguished Dissertations series  |  View all 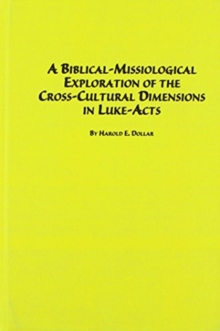 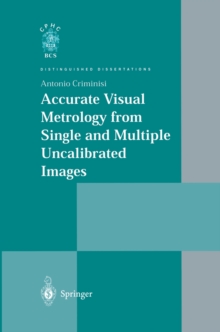 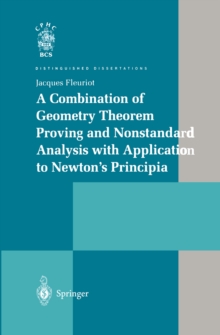 A Combination of Geometry Theorem... 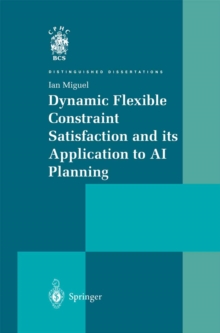