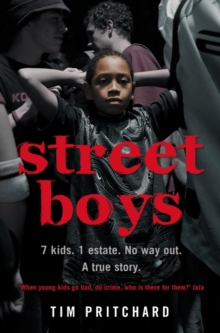 The shocking, powerful true story of the lives of 7 young kids, marred by guns, gangs and violence on one of Britain's toughest estates. `Eight years old. That's when life went downhill. From eight years old nobody looked after me. I just lived on the streets and made do by myself. There was no one except me and my friends.' Simon This is the story of 7 young boys who have one thing in common - they grew up in a London street gang. JaJa looks out of his kitchen window and sees drug dealers, pimps and whores.

He ends up as a kid leading a street gang. Phat Si comes home from school one day to find his mother gone so he takes to the streets.

He doesn't know who his father is but does know that his dad has an unknown number of children living on the same estate.

He's determined to find some kind of family. Street Boys tells a powerful and important true story of courage, determination and hope - of creating a family from your friends and starting again when the world seems against you. 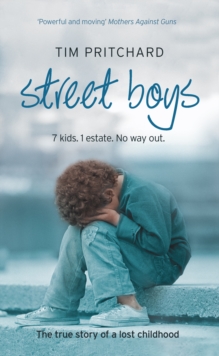