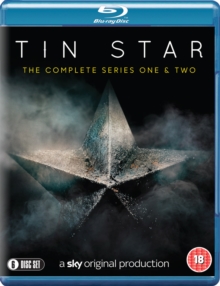 All the episodes from the first two seasons of the British drama starring Tim Roth as a former London detective who moves to Canada with his family.

Jim Worth (Roth) is an alcoholic police officer who has just been named chief of Little Big Bear, a town bordering the Canadian Rockies.

However, tragedy is quick to greet Jim in his new post and it's not long before he and his violent alter-ego Jack Devlin clash with North Stream Oil PR chief Elizabeth Bradshaw (Christina Hendricks), who appears determined to make her stakeholders money at any cost.