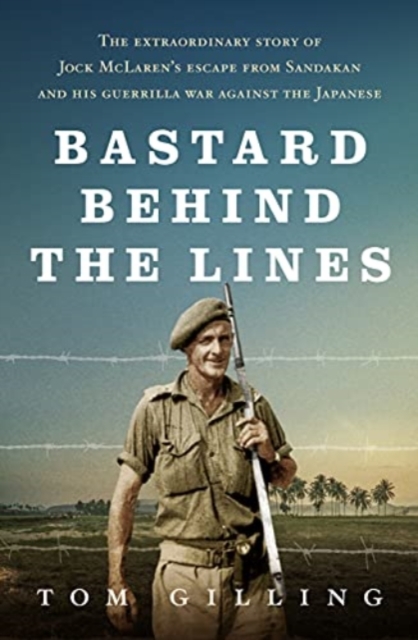 Bastard Behind the Lines : The extraordinary story of Jock McLaren's escape from Sandakan and his guerrilla war against the Japanese Paperback / softback

'The way I look at it is this...When you're behind the line and get yourself into trouble, you've got to get your bloody self out irrespective of anybody else.

That's why I like it.'Scottish-born but a Queenslander to the bone, Jock McLaren was a true Australian hero.

As a prisoner he escaped twice, first from Changi and later from the infamous Sandakan POW camp in Borneo.

After paddling a dugout canoe across open sea, he fought for two years with American-led Filipino guerrillas, his exploits so audacious the Japanese put a price on his head. At the helm of his 26-foot whaleboat, the Bastard, McLaren sailed brazenly into enemy-held harbours, wreaking havoc with his mortar and machine guns before heading back out to sea.

In early 1945 he joined Australia's secretive Z Special Unit, parachuting into Borneo to carry out reconnaissance and organise anti-Japanese resistance ahead of Allied landings.

He cheated death on numerous occasions and saved his own life by removing his appendix without anaesthetic, using 'two large dessert spoons' and a razor blade. Drawing on Allied and Japanese wartime documents, Bastard Behind the Lines brings the story of a courageous digger vividly to life and throws light on a rarely explored aspect of Australia's Pacific war.