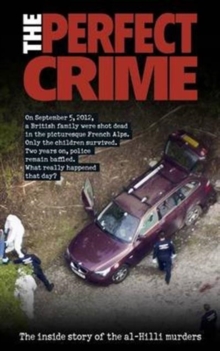 When 25 shots from a semi-automatic pistol rang out across the Alpine woodland high above Lake Annecy, there was nobody nearby to raise the alarm.

In a car, in a lay-by off the single-lane track above, were the bloodied bodies of British computer engineer, Saad al-Hilli, his dentist wife, Iqbal, and her mother, Suhaila.

Nearby, on the road, lay the corpse of French cyclist, Sylvain Mollier, punctured by seven shots from the same gun.

Saad's eldest daughter, Zainab, seven, had been shot, pistol-whipped and left for dead.

Cowering underneath her mum Iqbal's skirt in the back seat of the car was Zainab's little sister, Zeena - the only one of the six people there left unharmed.

Was this a professional assassin's error, or a humane gesture by someone who knew the girls?

The motorcycle-riding killer sped through Chevaline to disappear into the main road traffic to dark obscurity.

Was he hired by an underworld contact to take out Saad and his family?

Was he paid by the Iraqi-born engineer's jealous brother, Zaid?

Was he a Mossad agent under orders to assassinate an Israeli enemy?Or were the al-Hillis just holidaymakers in the wrong place at the wrong time when a French cyclist was murdered?

Two years on from this most implausible crime, French police remain baffled.

In The Perfect Murder, Parry explores the background of the case, the lines of inquiry and the many conflicting theories.