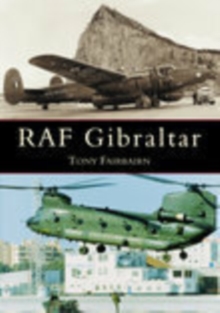 Even the most seasoned traveler could not fail to be impressed by that first-time, ground-level view of the Rock of Gibraltar 1,300ft of sheer limestone towering majestically over the airfield's asphalt acres.

The impassive grey cliff face is indented with a handful of viewing galleries from some of the thirty-plus miles of tunnels which honeycomb the Rock, and the view from the top is unforgettably panoramic.

Gibraltar's key position at the entrance to the Mediterranean has resulted in a pronounced, but not exclusive, maritime flavour to military air activity here, in addition to a parallel role as a civilian airport.