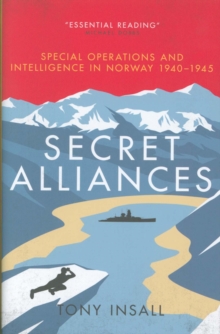 In this extraordinary book, historian Tony Insall reveals how some of the most striking achievements of the Norwegian resistance were the detailed reports produced by intelligence agents living in the dangerous conditions of the country's desolate wilderness.

Using previously unpublished archival material from London, Oslo and Moscow, Insall explores how SIS and SOE developed productive links with their Norwegian counterparts - and examines the crucial intelligence from the Security Service and Bletchley Park codebreakers who supported their sabotage operations. Offering dramatic details on operations such as GUNNERSIDE - which targeted the heavy water plant in Vemork in order to foil the Nazis' plans to build an atomic bomb - and the sinking of the Tirpitz in November 1944, Secret Alliances is an authoritative new perspective on some of the most remarkable exploits of the Second World War. 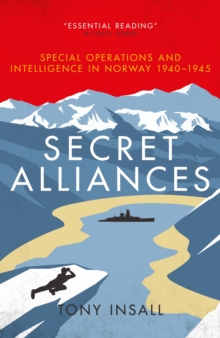