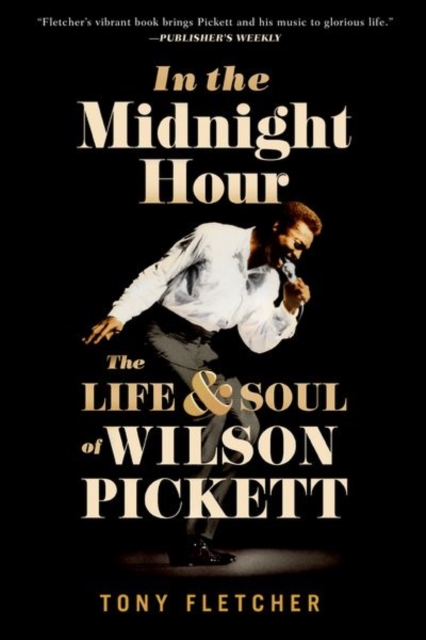 In the Midnight Hour : The Life and Soul of Wilson Pickett Paperback / softback

He was the Wicked Wilson Pickett, the legendary soul man whose forty-plus hits included "In the Midnight Hour," "634-5789," "Land of 1000 Dances," "Mustang Sally," and "Don't Let the Green Grass Fool You." Remarkably handsome and with the charisma to match, Wilson Pickett was considered by many to be the greatest, the most visceral and sensual of the classic 1960s soul singers, and as a man who turned screaming into an art form, the most forceful of them all.

He wasthe living embodiment of soul. More than that, Wilson Pickett's journey reads like a guide to popular black American music in the late 20th century.

From the gospel-rich cotton fields of Alabama to the pre-Motown metropolis of Detroit, and throughout his career at Atlantic Records-he was the first artist on that label to record at Stax in Memphis, Fame in Muscle Shoals, and Sigma in Philadelphia, and rehabilitated an exiled Bobby Womack and introduced Duane Allman along the way-Wilson Pickett led the shifts in Rhythm andBlues and soul music. Pickett's downfall, precipitated by the move towards softer soul and then disco in the 1970s, proved equally dramatic, leading to a heavy alcohol and drug addiction, a reputation for violence and gun use, a no-show for his induction into the Rock 'n' Roll Hall of Fame in 1991, and two jail terms later in the decade.

Nonetheless, the "Wicked" Pickett climbed out of these depths to end his career with a Grammy-nominated album before his death in 2006. For this first-ever accounting of Wilson Pickett's life, bestselling biographer Tony Fletcher interviewed members of the singer's family, friends and partners, along with dozens of his studio and touring musicians.

Offering equal attention to Pickett's personal and professional life, with detailed insight into his legendary studio sessions and his combative road style, In the Midnight Hour: The Life and Soul of Wilson Pickett is the essential telling of an epic life.