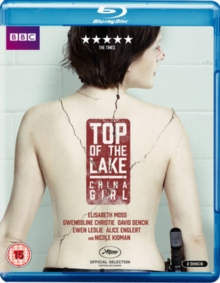 All six episodes from the second series of Jane Campion's darkly gritty crime drama following a police detective as she investigates the murder of a young girl in Sydney, Australia.

Hoping for a fresh start, troubled detective Robin Griffin (Elisabeth Moss) heads to Australia to start a new job, four years after events of the previous series in New Zealand.

Still struggling with residual PTSD, Robin is quickly thrust into her first case when the body of an unknown Asian girl washes up on Bondi Beach.

As Robin and her new partner Miranda Hilmarson (Gwendoline Christie) begin their investigations, Robin tries to get back in contact with her 17-year-old daughter Mary (Alice Englert), whom she gave up for adoption.