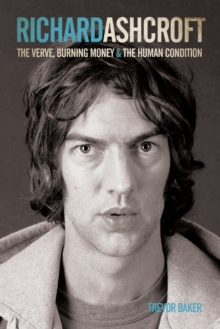 Richard Ashcroft : The "Verve", Burning Money and the Keys to the World Paperback / softback

This is the first ever in-depth biography of Ashcroft, the frontman for The Verve and also a highly successful solo artist.

As a young singer from Wigan, Ashcroft formed The Verve with Nick McCabe and released two critically-acclaimed albums before their third record, "Urban Hymns", turned them into one of the UK's biggest acts.

A legendary apettite for psychedelic drugs and even physical collapses from ecstasy abuse, coupled with massive songs such as "Bittersweet Symphony", made Ashcroft one of Britpop's biggest names.

However, The Verve was a deeply volatile band and eventually, in 1999, they split acrimoniously following a homecoming gig in front of 40,000 fans in Wigan.Ashcroft had already recorded some aterial on his own and three solo albums duly followed - with corresponding arena tours that often dwarfed the scale of The Verve's own huge venues.

Coldplay's Chris Martin introduced him at Live 8 as 'the best singer in the world' while Noel Gallagher wrote the song "Cast No shadow" about him.

Then, in 2006, The Verve announced they were reforming for a late 2007 arena tour - completely sold out in minutes - and a brand new album released in the summer of 2008. With Ashcroft's issues with clinical depression, suicidal thoughts, outspoken political views and celebrity admirers, this first-to-the market biography is a tale of rock and roll excess, artistic brilliance and a unique starring role in modern British music. 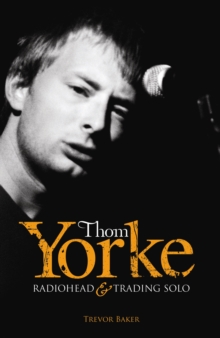