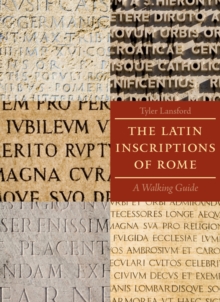 The Latin Inscriptions of Rome : A Walking Guide Hardback

Rome's oldest known Latin inscription dates from the sixth century BC; the most recent major specimen was mounted in 2006-a span of more than two and a half millennia.

Remarkably, many of these inscriptions are still to be found in situ, on the walls, gates, temples, obelisks, bridges, fountains, and churches of the city.

Classicist Tyler Lansford has collected some 400 of these inscriptions and arranged them-with English translations-into fifteen walking tours that trace the physical and historical contours of the city.

Each itinerary is prefaced by an in-depth introduction that provides a survey of the history and topography of the relevant area of the city.

The Latin texts appear on the left-hand page with English translations on the right.

The original texts are equipped with full linguistic annotation, and the translations are supplemented with historical and cultural notes that explain who mounted them and why. This unique guide will prove a fascinating and illuminating companion for both sophisticated visitors to the Eternal City and armchair travelers seeking a novel perspective into Rome's rich history. 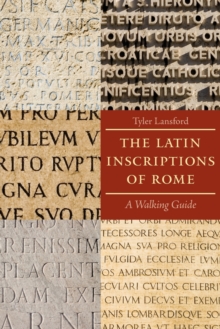 The Latin Inscriptions of Rome