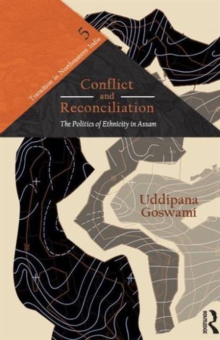 Conflict and Reconciliation : The Politics of Ethnicity in Assam Hardback

Part of the Transition in Northeastern India series

Diverging from reductionist studies of Northeast India and its multifarious conflicts, this book presents an exclusive and intricate, empirical and theoretical study of Assam as a conflict zone.

It traces the genesis and evolution of the ethnic and nationalistic politics in the state, and explores how this gave birth to nativist and militant movements.

It further discusses how the State's responses seem to have exacerbated rather than mitigated the conflict situation.

The author proposes ethnic reconciliation as an effective way out of the current chaos, and finds the key in examining the relations between three communities (Axamiya, Bodo and Koch) from Bodoland, the most violent region of Assam.

She stresses upon the need to redefine `Axamiya', an issue of much discord in Assam's ethnic politics since the modern-day formulation of the Axamiya nation.

The book will prove essential to scholars and students of peace and conflict studies, sociology, political science, and history, as also to policy-makers and those interested in Northeast India.