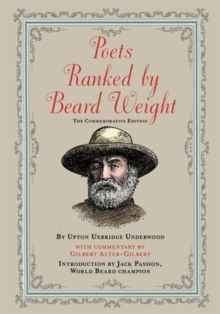 Poets Ranked by Beard Weight is a tongue-in-cheek classic of Edwardian esoterica, a privately printed leaflet offered by subscription to the informed man of fashion and as a divertissement au courant for the reading bins and cocktail tables of parlor cars, and smoking lounges of gentlemen's clubs.

Typifying a once-popular but nowadays seldom-encountered species of turn-of-the-century ephemera, it has become a rarity much prized by bibliophiles.

See how the beards of Walt Whitman and Henry David Thoreau stack up against those of Henry Wadsworth Longfellow and Alfred Lord Tennyson. Also includes: Fundamentals of Beard Flirtation, in which readers learn the etiquette and code of beard poses and gestures; fortune-telling through beard-reading (pogonomancy); beard-based folklore and controversies ("Public Statues: Dignitaries or Dust Catchers?") 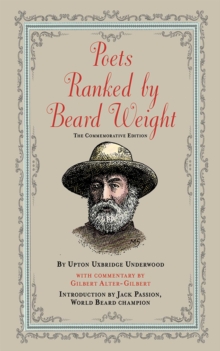