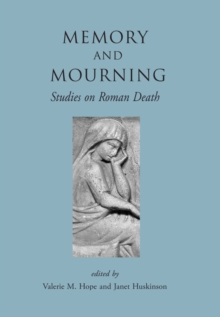 This book explores the themes of memory and mourning from the Roman deathbed to the Roman cemetery, drawing subject matter from the literature, art, and archaeology of ancient Rome.

It brings together scholarship on varied aspects of Roman death, investigating connections between ancient poetry, history and oratory and placing these alongside archaeological and textual evidence for Roman funerary and commemorative rituals. A series of case studies centred on individual authors and/or specific aspects of ritual behaviour, traces the story of Roman death: how the inhabitants of the Roman world confronted their mortality, disposed of the dead, remembered the dead and praised the dead, thereby enhancing our understanding of Roman society.