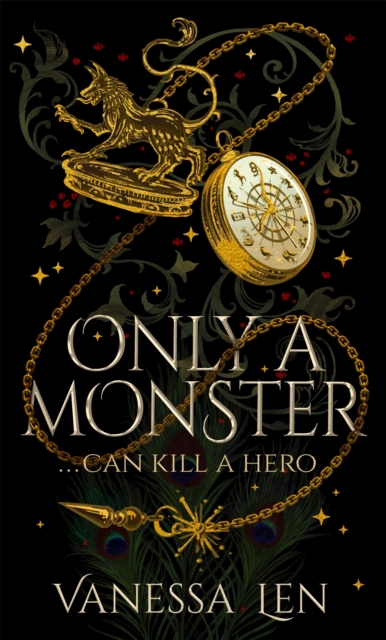 Only a Monster Hardback

Part of the Only a Monster series

In every story there is a hero and a monster. 'Mind-bending, heart wrenching, and unputdownable!' Stephanie Garber, Sunday Times bestselling author of the Caraval series and Once Upon a Broken HeartIt should have been the perfect summer.

Sent to stay with her late mother's eccentric family in London, sixteen-year-old Joan is determined to enjoy herself.

She loves her nerdy job at the historic Holland House, and when her super cute co-worker Nick asks her on a date, it feels like everything is falling into place. Then a Good Samaritan attempt gone wrong sends Joan spinning through time, and her life quickly begins to unravel.

Her family aren't just eccentric: they're monsters, with terrifying, hidden powers. And Nick isn't just a cute boy: he's a legendary monster slayer, who will do anything to bring them down. As she battles Nick, Joan is forced to work with the beautiful and ruthless Aaron Oliver, heir to a monster family that hates her own.

She'll have to embrace her own monstrousness if she is to save herself, and her family. Because in this story . . . . . . she is not the hero. Dive deep into the world of Only a Monster, where the line between monster and hero is razor thin: hidden worlds dwell in the shadows, beautiful monsters with untold powers walk among humans, and secrets are the most powerful weapon of all. ** Praise for Only a Monster **'Darkly delicious fun' Natasha Ngan'What a fantastic, immersive read - I couldn't stop turning the page!' Naomi Novik'A captivating new voice in fantasy' Hafsah Faizal'An absolute page-turner' Chloe Gong'A fabulous start to a phenomenal new series' Adalyn Grace 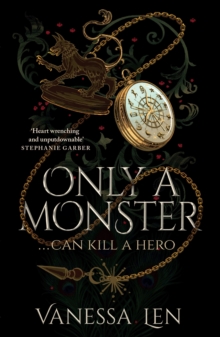 Also in the Only a Monster series